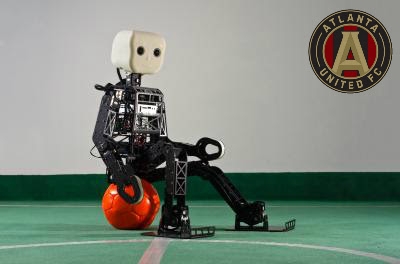 Coming into the team's tenth season, Atlanta United FC sits at a precipice. Does the front office lean into the bold strategy that got them to its position as one of the more formidable sides in Major League Soccer's Eastern Conference, or begin separating itself from the same strategy that has left its roster extremely volatile.

Manager Carlos Bocanegra has been largely supportive of GM Nayvadius Wilburn's decisions when it comes to player personnel, but President Darren Eales, who ceded many day-to-day duties when the former rapper took over before the 2025 season and delivered the city of Atlanta's first professional championship in decades last season, has hinted that he thinks Wilburn's management style has some holes.

"It's not a sustainable model to only evaluate potential players on a digital scale," Eales said last December during Atlanta United's victory lap.

Wilburn has been highly criticized for scouting players purely on the EA Sports video game franchise FIFA, a habit he picked up as a touring musician. The GM was able to silence many haters last season after Atlanta United finished 3rd in the East on its way to the MLS Cup.

"What people don't understand with the complexities of the league's salary cap and different types of player designations is that you really need advanced scenarios to simulate what a roster should look like," Wilburn said before the 2026 season. "Show me another team whose utilized what EA Sports has put together and I'll show you a winner."

Atlanta United may be the firs team to fully immerse itself in FIFA, but teams around the world have long tinkered with Football Manager statistics and taken advantage of that game's scouting network. Now more MLS teams are following suit, including the San Jose Earthquakes and St. Louis FC.

Unfortunately the novel approach to personnel has taken its toll on locker room dynamics and that's where Eales has become very weary. United has had more players on trial over the past three seasons then any other team in MLS because of the hands-off initial approach, and has terminated more contracts (20) in-season then any other club.