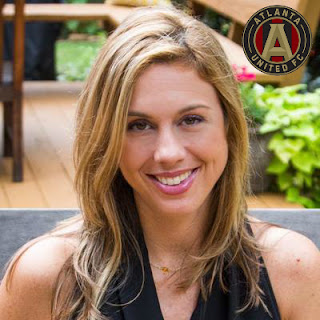 Why does this matter? Because it's pretty satisfying as a fan of a team building from (essentially) nothing that it already has a pretty diversified FO. Were these people hired because they are women? Of course not. They were hired because they are experienced and worthy of the roles and we are more than excited to have them onboard.

I probably didn't need to write this post but I wanted to.

Here's the rest of the Cizmaric, Sautter release:

Sautter joins AMB Group from Atlanta-based Cooper Holdings where she headed public relations and communications, led social media strategy and supported brand marketing and events for key clients. Prior to that role she spent over a decade in various communications posts at Turner in Atlanta, leading the execution of strategic campaigns for original programming, premier events and collaboration with corporate communications at Turner and Time Warner on various initiatives.