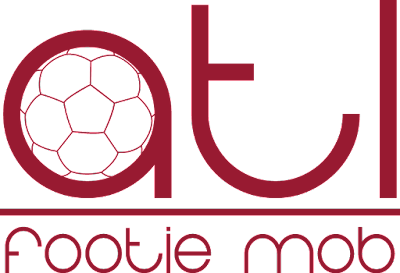 Footie Mob’s first goal is to grow and diversify the soccer fan base in Atlanta. Although soccer is in the midst of remarkable growth, many Atlantans haven’t experienced the passion and excitement of the game. We want to be a jumping on point for those who are new to soccer and supporter culture. We want members who are ready to learn, or to teach the game to others. It doesn’t matter if it's something as simple as the size of the field or as complicated as the offside rule; the game is more fun when it's understood. Share the game! We’re also supporters of the Free Beer Movement.
Our second goal is to bring Atlanta culture to MLS. Founded as the transportation hub of the south, Atlanta has always been a unique cultural crossroads. Traditional southern culture has blended with the gifts of our immigrant population. Atlanta has long been a home to the arts: whether it's Margaret Mitchell, Alice Walker, George Pemberton, Outkast or Martin Luther King, the South got somethin’ to say. In the 60’s, the city became home to her first professional sports franchises. Sports have always brought Atlanta together. Hank Aaron hitting 715, Ali’s comeback fight, the Dirty Bird, Hawks-Celtics in ’87 and Maddux, Glavine, & Smoltz are seared into the memory of the city. The culture of arts and sports began to grow more intertwined as time has gone on. No rapper from Atlanta would be caught without a fitted “A” cap.
With the arrival of Atlanta United FC, Footie Mob hopes to help continue Atlanta's tradition of Southern hospitality, culture and resurgence. We’re Dirty South Casuals. We believe the game is beautiful and can be loved by all. We want to share it with everyone. We want the soccer world to know who we are. They’ll know who we are when we march. They’ll know who we are when we cheer. They’ll know who we are when we chant.
If you want us you can find us in The A.

Q: Who are we?
A: Footie Mob is an independent supporters group for Atlanta United FC. Formed by friends and fans with a passion for soccer, Footie Mob wants to bring Southern Hospitality and charm to MLS. We want to show fans around the United States and the world how great our team and city can be. We want to share the game we love with others who enjoy the game already or those who want to learn it.
Q: Why only Atlanta United FC?
A: We love the existing soccer community but we want to focus all our attention on one team.
Q: So is Footie Mob just another supporters group?
A: Sort of. We love what other groups do, but want to do it a little differently?
Q: Different how?
A: We love what a lot of the other groups around MLS do with chants, flags, and tifo. But we want a different experience. We want the game to be our primary experience. We’ll still do chants and make tifo, maybe even wave some flags before the game. But once the game starts that’s where our attention will be. Chants will come in the flow of the game.
We also want to be there for the casual or curious fan. Have a question about the game? Ask us! We’d love to explain what’s going on with you.
Q: Okay, so what else you got?
A: Tailgates. We want to bring the full southern tailgate atmosphere to games. We hope to partner with some amazing restaurants and caterers to start every game with a great party. Then we take the party inside!