Who should we hate? An Atlanta United guide to rivals

For whom does the hate bell toll?

A Dirty South Soccer article brought up the potential of current NASL team, the Carolina RailHawks, as a future MLS rival as the league has shown interest in expanding post-2020.

As a North Carolina transplant and UNC grad, I would be all for this. I have friends in the Raleigh-Durham-Chapel Hill area and would appreciate the rivalry.

But it's just too far to make sense. Raleigh and Atlanta don't have a natural rivalry or mutual respect for each other.

Charlotte Independence before a Raleigh-based team would be more accurate. Charlotte is also already in USL so that potential jump may happen before a RailHawks move could.

What about other potential nemesis suitors? 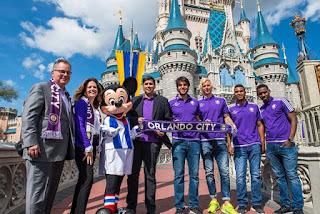 It just feels like they already think they are better than us (Atlanta United).
And because purple is so unique and looks so good on the pitch, it in turn makes me hate them more.

They also have the most boring, exciting, expensive player in Kaka. He's too damn genuine to hate which makes me hate him even more.

And, Brek Shea, like, wat m8? I want you on a team I cheer for because you are a ridiculous human yet until then I must hate you.

But Beckham United will eventually happen forcing the Florida MLS rivalry of Miami with OCSC.

They (Minnesota United) have to be pissed that Atlanta stole their name and were slated to come in earlier than they were.

Now with them most likely joining in 2017 it's premade for a rivalry.

Distance and separate conferences will stand in the way of that though. 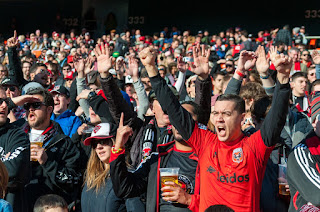 DC seems more natural of a rivalry with Raleigh for some reason then all the way down to Atlanta.

Might be in the same boat as Minnesota with us stealing name and all and being in the same conference.

DC united is too busy with Red Bulls New York though. 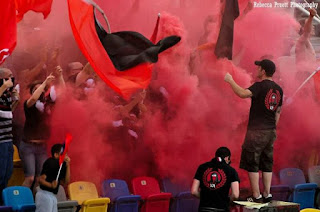 If it were up to Atlanta Ultras we'd just hate each other. These guys are more exhausting than Pro/Rel Twitter.