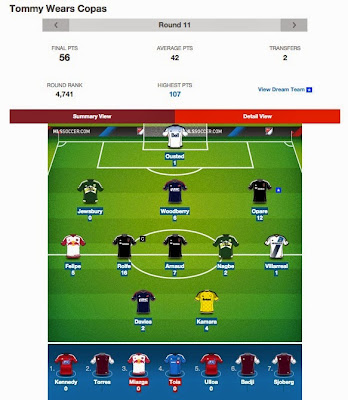 Here I was thinking I lucked out on Wednesday night with a late Chris Rolfe sub and a Kofi Opare goal.


Thank goodness for the hot start because nothing else happened last week, even though Tommy Wears Copas ended the week 14 pts above the average.

So what changes were made and why?

I had added London Woodberry last week for the Round 12 double game week from the New England Revolution which payed off (not so much this Wednesday but last week). I didn't start going after Round 13 DGWs yet, probably should have, but I got Harry Shipp from Chicago ($7.9M) mostly because I like the guy. Shipp also has a DGW in Round 14.

Really can't wait until I can blow up this team. 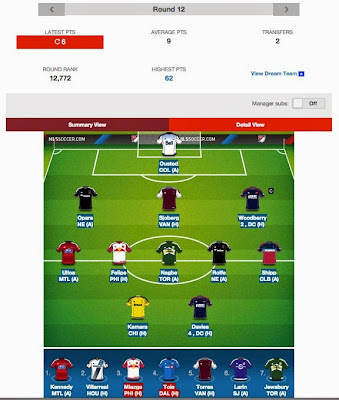