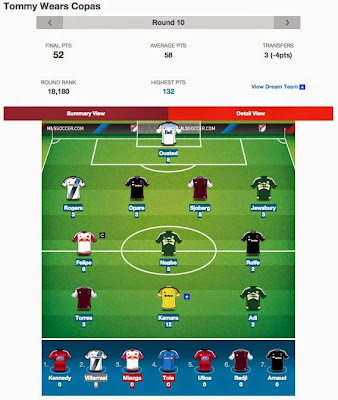 Why did TWC take a L by making three transfers last week? We have no idea.

That was ill conceived. Rankings saw the effect of that too.

So what moves did Tommy Wears Copas make?

Dropped Robbie Rogers ($7.2M) who was disappointing in the double game week, not playing midweek and then only picking up 3 pts Sunday. Shedding salary on the backline so going with London Woodberry on the New England Revolution for ($4.9M). Has been getting minutes with Darrius Barnes out and has a DGW next week.

Dropping Fanendo Adi up front because he is not producing with that $9.3M price tag and the Timbers just need to figure things out. I say that while still having two other Portland players on the roster. AND TWO COLORADO RAPIDS FORWARDS. He's that frustrating.

Riding hot streak of the Revs and Charlie Davies ($8.9M). Again, DGW next week. Knowing him though he'll probably get a rest. Should have gone Juan Agudelo ($8.7M).

Have a rough go on this DGW because of Davy Arnaud and Chris Rolfe. Both play minutes but may get a game off. Going to stick with Rolfe I reckon. Maybe saving the captain band though for someone else. 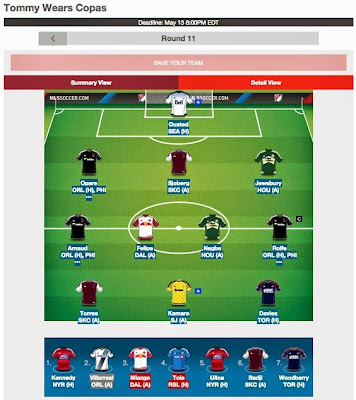