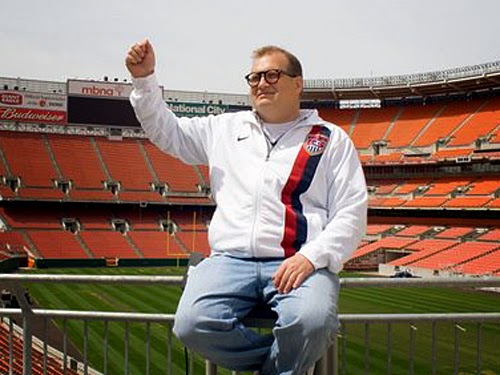 According to the Seattle Sounders' website bio, a club of which he is a part-owner, Drew Carey "is now regarded as American soccer’s most recognizable supporter."

I honestly can't debate that.

What's fascinating is that also according to that bio, the Price is Right host wasn't even a fan until 2003 when he began attending LA Galaxy games. Since then he went on a tear, attending like every game possible and even went to the 2006 World Cup in Germany as a press photographer. Only a year later he bought in on the Sounders. His relatively new-found fandom explains why he is not a fan of Columbus Crew SC.

Besides talking about how dope Drew Carey is, what I'm getting at is that it'd be great if MLS Atlanta could grab a marquee fan. Almost how the Atlanta Falcons have recruited Samuel L. Jackson.

I couldn't name any other famous fans of MLS clubs. But heck, even FC Dallas has an internet-recognizable fan. 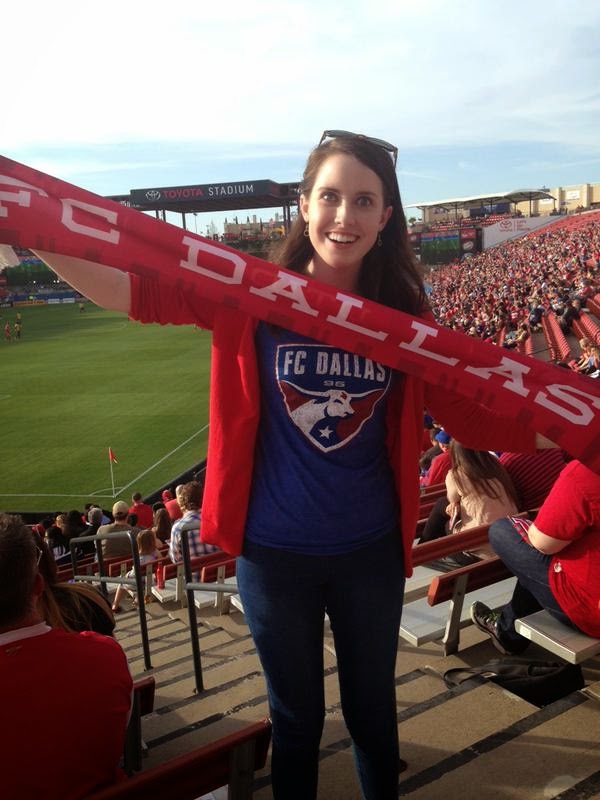 Maybe Atlanta will have some famous citizens show up to the CONCACAF Gold Cup Semifinals and we can pick from that pool. Soccer jerseys are kinda in fashion now so maybe some rappers could buy-in.

I also want to take this time to say on record that I've decided to do a complete rewatch of The Drew Carey Show and chronicle it all here. This will be extremely difficult because the show is not streaming anywhere and only the first season was released on DVD due to some music issues.