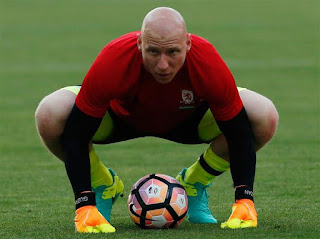 Middlesbrough officially announced the long-awaited transfer of Brad Guzan to Atlanta United. Guzan won't come over until after the English Premier League season ends, meaning Guzan will be available for selection by Tata after July 10 when the MLS secondary transfer window opens.

It's exciting to have the US men's national team keeper on the books, but the lasting memory of Guzan as it relates to his new city will always be the Gold Cup showing against Jamaica in 2015 at the Georgia Dome.