This is the twelfth installment of a 26-part series of players we'd like to see at Atlanta United FC as either a Designated Player or general roster spot. They will not all make sense but we will try to convince you anyway. #HailUnited #KingsOfTheSouth 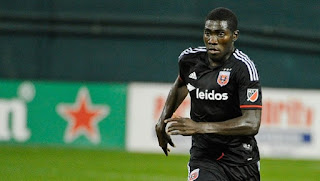 Opare spent four years plying his craft for the Michigan Wolverines before being drafted by the Los Angeles Galaxy. After spending two seasons between the first and second team in LA, Opare has been in the nation's capital the past three seasons.

Is he any good?

Kofi emerged in 2015 as a viable centerback after being forced into the lineup due to injuries. Unfortunately that bug bit him this past season and Opare sat out a number of games after suffering a concussion.

Why is he worth grabbing if he's only had one good season as a pro?

He's shown flashes of what can make him a very good player, and he's been around MLS awhile on two historically good teams. Opare is only taking up $105,000 worth of salary space so it's a nice mix of friendly pay, experience and (relative) potential.

Does this make sense for Atlanta United?

Yeah, the team still needs defenders and for the reasons listed above Opare makes total sense for an expansion club, as long as he can stay on the field.

How likely is this to happen?

DC United may not protect Opare for the expansion draft, but he probably isn't a top five candidate of Atlanta United's either. A trade or acquisition down the line would be more likely. Especially considering these Michael Parkhurst rumors popping up, don't cont on Opare now.