How US soccer wars are basically the 2016 election 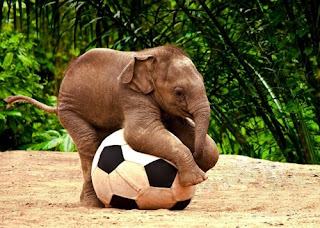 The 2016 Presidential election is shaping up to be a mess. Know what else is a mess? #soccertwitter

It's a constant battle about what's best for the sport from the internet's least knowledgable, most vocal advocates. Much like politics. And the two main parties in each category have many similarities.

Let's break it down.

PRO/REL, NASL as the Republican Party

A proud group of people that claim everything can be made great (again) if we just replace the current people in power. Wait, were things ever great?

Not getting into a broader argument, but how can we do this? How can we make American soccer great? As a Pro/Rel'er and it's simple, just create a real pyramid with tiered divisions and promotion and relegation.

Cool. How? And then this is the part where you get a lot of, not even misinformation, but non-information.

"Nobody knows the system better than me," said Donald Trump, and probably a lot of Detroit City FC diehards.

"It's a rigged system," said Donald Trump, and probably a lot of Minnesota United fans, before being accepted into the league/as a party nominee.

Really, both Donald Trump and Pro/Rel crowds have made people question everything. The system is broken! Look how bad things are! We can make this better with generic response 1, generic response 2 and another couple generic responses that you can't help but agree with because we're already on the same side.

Add in some kinda shady characters who only care about their own interests (that's really any political donor/sports owner to be fair) throwing money around and it makes the situation even murkier.

Mix a bit of infighting in so that no one can't get their collective shit together and it leads to the rise of...

MLS as the Democratic Party

MLS and the Dems have been in power for the majority of the time since the mid-90s (excluding some down years in the early '00s) and have been generally pretty good but no one is quite happy.

Despite being the most qualified league/candidate in history they are each also the most distrusted. How do you have both? Well some decisions get made for the greater good that rub some people on the fringe the wrong way, even if the general population understands why things are done.

LET'S BRING UP MINNESOTA AGAIN! People in the party cry foul - see Minnesota United fans (Bernie supporters) mad that Atlanta United (Hillary) get what they believe they deserve in the United name (party nomination) and the brass of the wronged group goes along with it because they know it is best to keep unity for the sake of the party as a whole (Democrats/US Soccer).

Eventually though this party is basically able to meet compromises because they realize that this group needs to come together to overcome the opposition.

And why not, the easiest argument to make is, "Why make America/US soccer great again when it's already maybe the best is ever been?"

Are there fixes to be made? Sure. We in a pretty good place? Yes. Will the other side do anything to help make things better? At this juncture, definitely not.