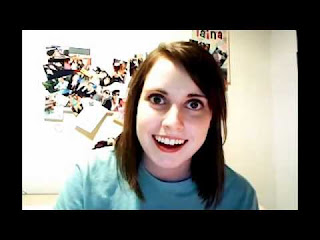 Since I saw this tweet over a year ago I've been obsessed with it.

FC Dallas has a certified meme as a fan. There's nothing more #millennial than that.

So how does Atlanta United replicate that? Well, they can't, it's basically impossible.

But there is hope.

Aaron Chewning lives in Atlanta and loves the Vine.

Plus he has some sports background as he worked with the Braves in the past.

And he is already a soccer fan. We won't hold the Arsenal thing against him.

So yeah, since the man created the best Vine ever I think there's a chance he'll gives us some viral gold from inside the Benz.
at 1:47:00 PM
Email ThisBlogThis!Share to TwitterShare to FacebookShare to Pinterest
Labels: atlanta united fc, atlutd
Newer Post Older Post Home