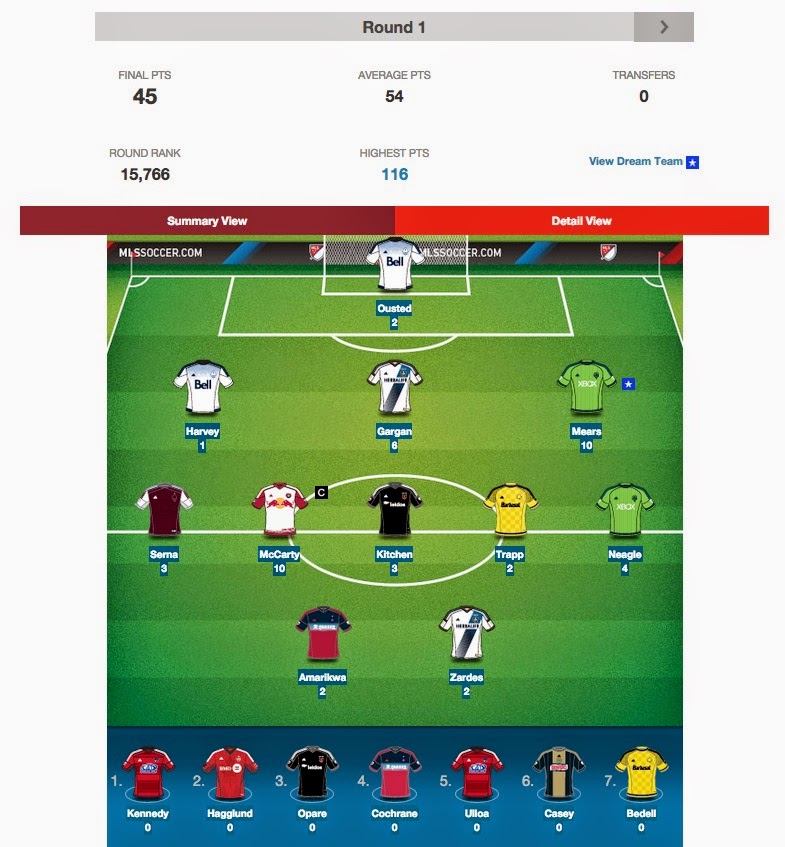 So Week One for Tommy Wears Copas was a bit rough. The whole "learning MLS players through a fantasy team" has gone exceedingly well though.

Even with unlimited transfers leading up to Round 1 matches, I only made one switch between the team I drafted and started which was picking up Tyrone Mears. Good call on my part. He made the Best XI for the week and was basically a quarter of my scoring.

Oh yeah, the Round One score.

I used the two free transfers for this week to pick up some help because of byes (DC/COL) and drop some dead weight.

Conor Casey is the Union's all-time leading scorer but no longer starts. Nick Hagglund is a "sleeper" but also not guaranteed a starting spot. Dropping those two freed up $13M.

For $12.6, TWC added Colorado defender Axel Sjoberg (8 pts) and Kei Kamara (2 pts). Sjoberg is on bye, I know, but I figured I'd go ahead and switch up the lineup formation this week while I had a lot of byes anyway so that I'll have more wiggle room for other, pricier transfers in the attacking quadrant later. 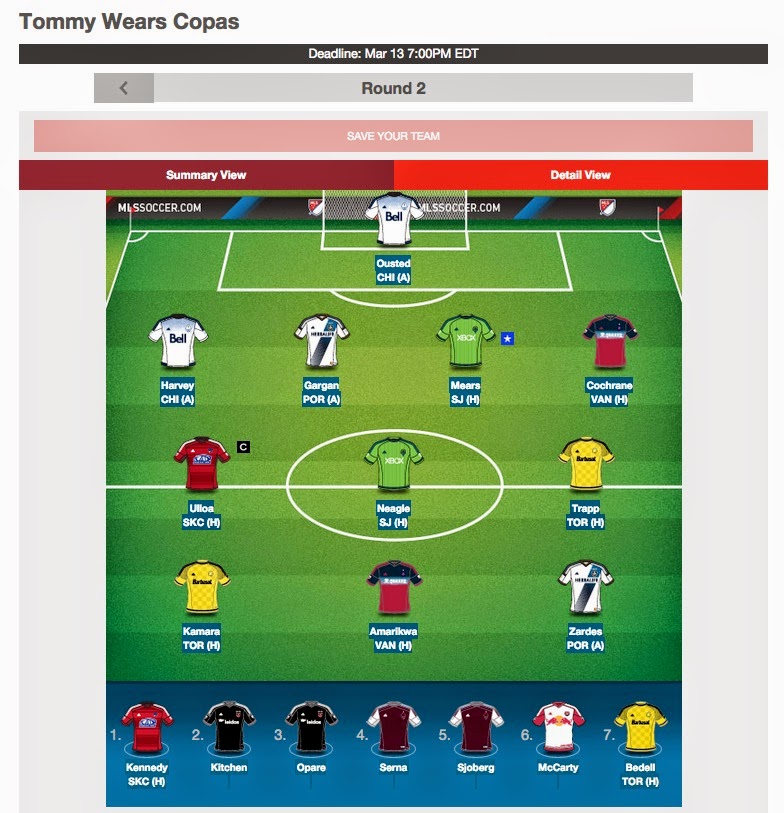 So there it is. A better MLS Fantasy team and under budget. I don't know if being under budget is a good thing.

Next week I will probably be looking to make another defensive switch with Jordan Harvey underperforming at $7.4M. Probably should have dropped him instead of Hagglund but I'm a rook.