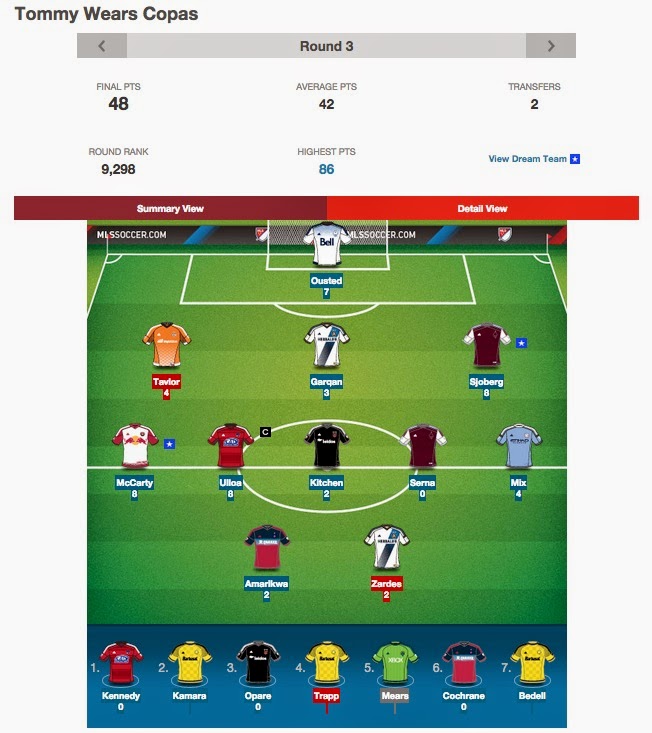 Can't seem to figure out that captain armband.

My Fantasy MLS round scores are getting better, closer to the top scores, but still can't crack the full code. One of those codes unfortunately being having a full starting roster.

Really not too disappointed in the week though. Round 3 saw my ranks rise across the board. Even if that may be partly due to lose of interest by other players.

For MLS Fantasy Round 4 I have a couple players on international call-ups. Gyasi Zardes and Will Trapp on USMNT squads and Jermaine Taylor for Jamaica.

Only replacing Zardes out of this batch, because of price and performance. Dropping his $9M and change will allow me to get a similar, better performing forward in his place. That will also free up some salary, which means I can drop a cheap defender who doesn't play (Greg Cochrane $5M) and pick up a very good replacement for a similar price, or a bit more.

Where things got interesting was taking a -4 point penalty to make another transfer. As much as I like the potential and price of Dillon Serna ($6.5M), he's no guaranteed starter. Plus, I have possible extra cash from dropping Zardes.

I'll eat that -4 pts. At least for the experiment of it. Also because I'm a bit hesitant to use the Wildcard feature and completely rebuild yet. Want to take some hits. #Learning

I actually have money still left over. Like $2.2M even after upgrading in three areas. I plan on using that next week with a drop of Tyrone Mears ($7M, injured) and upgrading again in the offense while picking up a solid defender for much cheaper.

Still need to figure out what to do with that captain band though.

Here's the Fantasy MLS Round 4 Lineup: 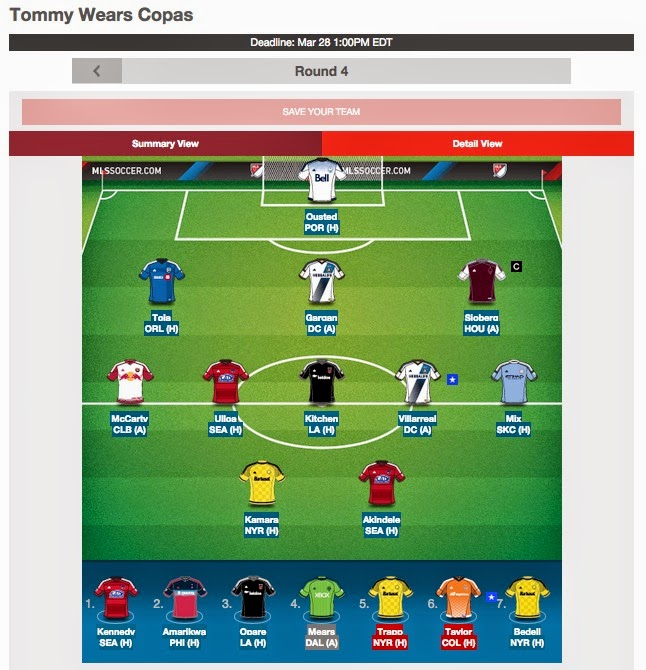