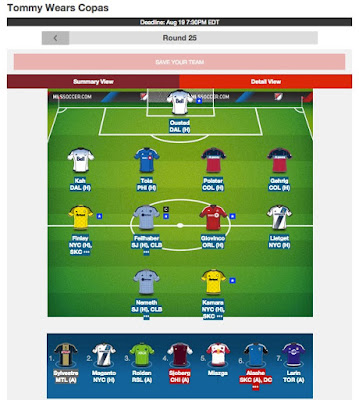 Is it better to go ahead and pick up that yellow card and take the suspension early for accumulation if you have a double game week?

Thanks to r/FantasyMLS and this helpful link, it has me wondering.

Look at that lineup above. Did you look? Benny Feilhaber, Kei Kamara, Eric Gehrig and Pa Modou Kah all are sitting close to the suspension threshold. One yellow away from having to sit out a game.

Being selfish, I almost would prefer Benny and Kei pick up a yellow midweek so that their suspension would be during the second game of the week and not carry over into round 26 where I might have to worry about roster positions. Same goes for Gehrig who is coming up on a DGW next week. Go ahead and get it this weekend so that next week you're good for at least one.

Does this rationale make complete sense? Probably not. But it makes sense to me. Limits moves I may have to make on limited transfers.

In other news, the squad crushed it two weeks ago. Was all the way up to 34 overall at one point Sunday. 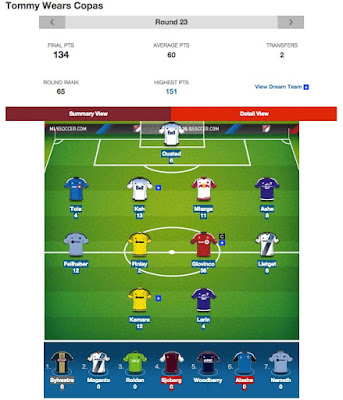